Natural reserve of the Aniene park.

The Aniene Valley Natural Reserve is a protected natural area of ​​the Lazio region, located in the north-eastern outskirts of Rome. It extends for 650 hectares along the urban river Aniene from the GRA to the confluence with the river Tiber.

The urban section of Aniene is  very long and has many loops. The river has a very diverse landscape and represents the boundary of different districts of the north-east quadrant of Rome: La Rustica, Tor Cervara, Tor Sapienza, Colli Aniene, Ponte Mammolo, Casal de ‘Pazzi, Pietralata, Monte Sacro. The park stretches along both banks of the river. Within its territory there are three areas of great ecological importance:

The union of the three territorial associations “historical” dealing with the  three areas that  formed in 1999 the Together for the Aniene Onlus Association, which manages the park from the same year for the Ente Regionale RomaNatura.

Flora
In this oasis are widespread papyrus, iris, lilac and algae or plants belonging to the ecosystem of wetlands.

Fauna
The prince animal species living in this area, expecially in the Aniene river, is the brown trout. They are also common crabs, frogs and crayfish. 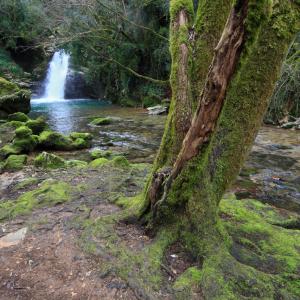